The Sečovlje steel street workout park with a sailing twist

Through competitions and trials along the way, the two Olympic athletes have proven that a mind of steel is a constant in their sporting careers, without which they would not have been able to achieve their success and take part in the Olympic Games twice. The mind of steel has always been an important value of the SIJ Group, which strives to awaken the mind of steel in all people by setting up steel street workout parks. Thus, the two athletes were the perfect choice of ambassadors for the Group’s nineteenth steel street workout park. Representatives of the Olympic Committee of Slovenia, the SIJ Group, and the mayor opened the street workout park for locals during the Sport for All World Congress (TAFISA) hosted in Portorož from 8 to 12 June 2022. Karlo Radovac, deputy mayor of Piran, was impressed with the new street workout park, “I am honoured that you have chosen the municipality of Piran for an event as important as the TAFISA World Congress, which has brought 300 delegates from more than 50 different countries to our region while promoting the importance of sports and physical exercise for all. You have taken the Municipality of Piran and its message to the world in the most beautiful way.”

The opening of the steel street workout park marked a special start of the events that will unfold during the World Congress. Experts on active living and trendsetters in the field of sports, both locally and at a larger scale, had the opportunity to try out the Slovenian street workout park made of steel for themselves.At the opening, Janez Sodržnik, the First Vice-President of the Olympic Committee of Slovenia – Association of Sports Federations, stated, “I am thrilled that today we are officially handing over the nineteenth steel street workout park, which will encourage people to spend their free time exercising. Not only is the number of such workout parks in Slovenia on the rise – I am especially proud that today we are handing it over in the company of the global public, the President of TAFISA, and the Board of Directors of this global organisation that unites and brings together organisations working in the field of sport for all. Tomorrow, the 27th TAFISA World Congress opens at Grand Hotel Bernardin in Portorož, hosting over 300 participants from 52 different countries. With a strong global audience, including representatives of the International Olympic Committee, the World Health Organisation, UNESCO, and the Global Association of International Sports Federations, we will discuss the role of sport for all in modern society. After all, sport for all is one of the most effective methods for mitigating modern-day challenges. Making sports infrastructure available to all is certainly an important measure, and I would like to thank the SIJ Group for their trust and cooperation over the years, which I look forward to continuing in the future.”

In addition to the interplay of world-class and recreational sports, the Sečovlje Sports Park also celebrated another major event. The SIJ Group, which joined the Slovenian Olympic family in 2013, has extended its cooperation agreement with the Olympic Committee of Slovenia – Association of Sports Federations and will thus remain a sponsor of the umbrella sports organisation in Slovenia for another four years. At the signing, Tibor Šimonka, the Senior Vice President of the SIJ Group, expressed the following, “For a decade, our partnership with the Olympic Committee of Slovenia – Association of Sports Federations has supported our success at the Olympic Games, the development of sports in Slovenia, and various sport for all programmes, i.e. physical exercise and a healthy lifestyle. The SIJ Group was therefore delighted to take the initiative and hand over the nineteenth steel street workout park in Slovenia on this special occasion – during the TAFISA Sport for All World Congress. Thus, we are seizing this opportunity to make a long-lasting steel mark. At the same time, by signing the new contract, we are extending the partnership between the SIJ Group and the Olympic Committee of Slovenia for what I believe will be another successful Olympic period.”

Bogdan Gabrovec, the President of the Olympic Committee of Slovenia, concluded the event with the following thought, “I am proud that we have once again come together in the Slovenian Littoral amid these unpredictable times and united a large part of the global public, which sets new trends and the guidelines for the development of sport for all. What makes me even happier is the fact that we have managed to organise a number of different events and activities. This includes the continuation of the successful story which we have been writing together with our sponsor SIJ Group since 2013. I am once again in the company of the Senior Vice President with whom I have written some great Olympic stories, and I look forward to continuing to do so. The mind of steel is certainly a major part of the Olympic movement, and the street workout park, activities for all age groups, Olympic moments, and other activities are just some of the memories we are co-creating with our sponsor from the steel industry. Thank you for remaining a part of the Olympic family and for all the moments that are – with your help – forever written in steel letters.”

The signing of the contract was followed by a ribbon-cutting opening ceremony, after which the steel street workout park was officially open to the public. The first to try it out were young athletes and pupils of the Sečovlje Primary School, who were joined by special guests from abroad, members of the TAFISA Board of Directors. This marked the start of their active participation at this year’s Sport for All Congress. 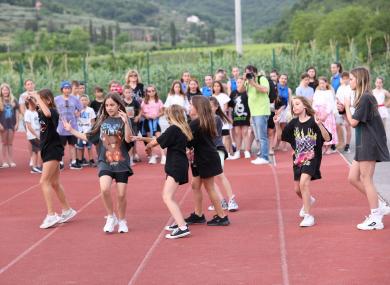 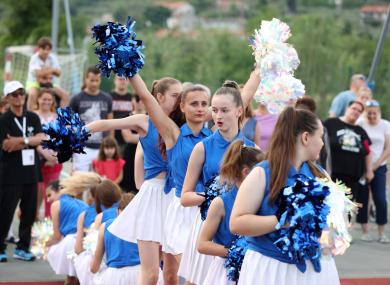 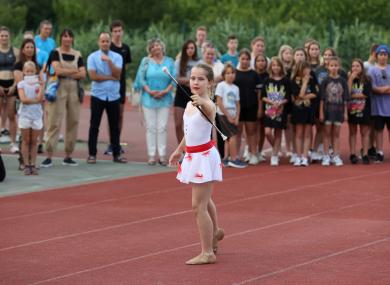 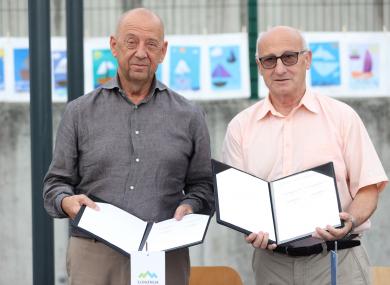 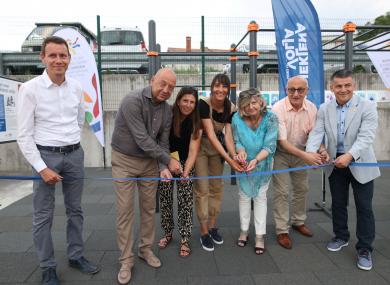 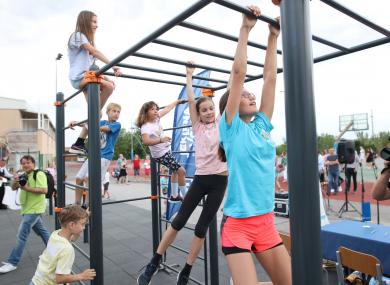 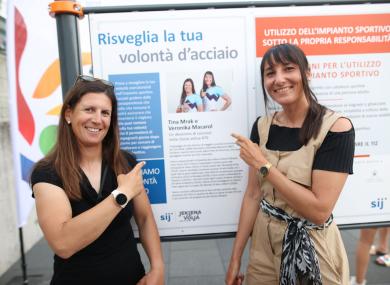