JERNEJ PAVLIN, THE CEO OF ORO MET, AN SIJ GROUP COMPANY, ONE OF TOP THREE MANAGERS OF 2017

JERNEJ PAVLIN, THE CEO OF ORO MET, AN SIJ GROUP COMPANY, ONE OF TOP THREE MANAGERS OF 2017

The Managers’ Association of Slovenia held its traditional January gathering of 380 leading managers and top political figures yesterday, where the award for the best young manager in 2017 was awarded to Enej Kuščer, a co-founder of the company Acies Bio. Jernej Čopi from Ensol 360 and Jernej Pavlin, the CEO of ORO MET, which is a part of the SIJ Group were also shortlisted for the award. We are proud that individuals, whose work and personality leave an important mark on the economy, thereby setting an example for Slovenian managers, are part of the SIJ Group.
Jernej Pavlin joined ORO MET in 2007 as a sales representative, continued there as the head of production, and reached the top position after an additional two years. Not even in his 30s when taking charge of the company, he increased the company’s revenues from 2.5 to 14 million Euros in 2016. During this time, production increased by 21 percent and net profit rose by 39 percent, to one million Euros, and is the second largest in the industry. The added value of the company is 42.5 percent larger than the industry average, while the return on capital was at 29.9 percent last year. Today, ORO MET led by Jernej Pavlin, is the leading Slovenian company in the field of producing standard and non-standard tool plates, CNC-machined plates, and other elements for the needs of the tool industry.
Pavlin attributes the company’s outstanding success and constant growth to an expert and loyal team, since he has managed to assemble a dynamic group of 68 people, who made 59,000 Euros in added value per employee in 2017. Satisfaction, loyalty, and social security are important values of ORO MET. Work is based on an all-for-all principle and encouraging the employees to be innovative and to learn. “We constantly invest in new technology, increasing production capacities, and employee development, which enables us to expand our markets and gain new business,” Jernej Pavlin states.
ORO MET makes most of its revenues abroad. Alongside Germany, which contributes around half of the revenues, they also export to Austria, England, Hungary, Sweden, and Ukraine. Their main competitive edge is their quick adaptability to market conditions, and the flexibility and reliability with which they respond to difficult product orders and short delivery deadlines.
Between 2013 and 2016, the company won the regional Gazelle award for the primorsko-notranjska region, and the national bronze Gazelle in 2015. 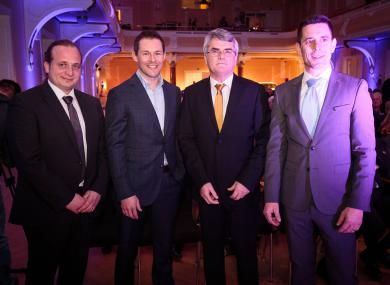 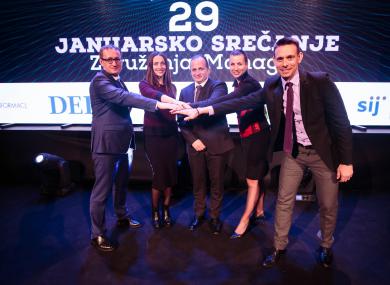